Books, figurines and original art is shipped from Denmark.
All items listed are excl. VAT. 25% VAT will be added to item in cart.
Please allow for up to one week before the product ships from Denmark.
Books and art/figurines are shipped separately. Items shipped within Europe may take 1-2 weeks before reaching you.

Apparel and other items from Printful are shipped worldwide from their facilities.

If you wish to purchase original art, but are located outside the EU, please send an email to arnibeck[at]tegneseriecentralen.dk.
Thank you and enjoy.

Page 37 of Weneetryhl: Much Ado About Dinosaurs. 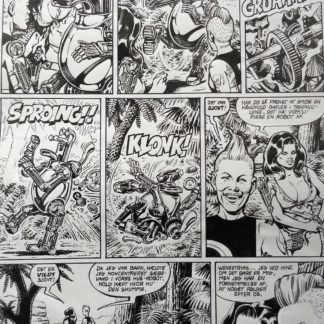