Books, figurines and original art is shipped from Denmark.
All items listed are excl. VAT. 25% VAT will be added to item in cart.
Please allow for up to one week before the product ships from Denmark.
Books and art/figurines are shipped separately. Items shipped within Europe may take 1-2 weeks before reaching you.

Apparel and other items from Printful are shipped worldwide from their facilities.

Page 56 of Weneetryhl: City in the Sea. 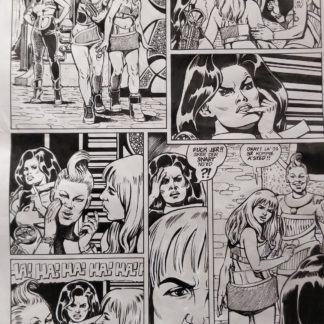